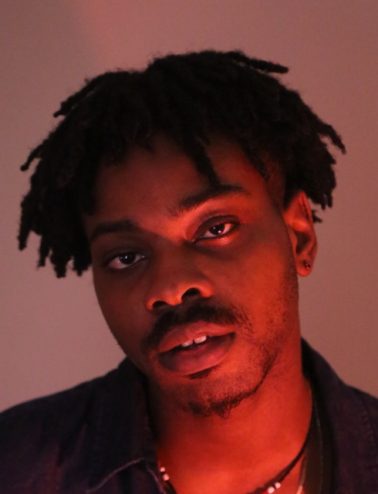 Abraham Ogunlende is a Nigerian artist, best known for his acrylic paintings of floral leaves, fused with predominant black lines. Showing an appreciation for the natural elements and colour compositions, his arrangement of these colours in his paintings help evoke certain feelings through their different placements and meanings.

A Contemporary artist residing in Lagos, Nigeria, this self-taught painter began painting at the age of 7 years old. Picking it up fully in 2013, when he began his journey as a painter, while still pursuing a Business degree in the US.

Ogunlende’s work sheds light on African Pop Culture with a style that is often a mesh of acrylic paint and mixed media on canvas. He utilizes a harmonious colour palette to create patterns and forms, expressing a personal interpretation of society and culture, and his vision for the future. Themes he began to explore as his paintings debuted at “Culture Shock”, in January 2014 at Terra Kulture Gallery, Lagos – His first Solo Exhibition. Also reflected through his 2nd Exhibition titled “Bloom”, in December 2015 at Eko Hotel, Lagos.

Ogunlende’s work has been featured at “Terra Kulture Gallery”, Lagos (2014), “The Women’s Center For National Development”, Abuja (2015), “Raw Artists showcase”, Philadelphia, US (2015), “Afrikulture” Contemporary Exhibition at Freedom Park, Lagos (2017). Most recently he painted a Vintage BMW as part of an installation for “Sao And The Muse” exhibit, in Victoria Island, Lagos (2017). Other installations include a hand-painted Keke Napep in Onikan, Lagos Island (2017). 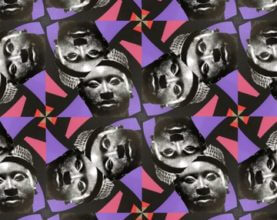 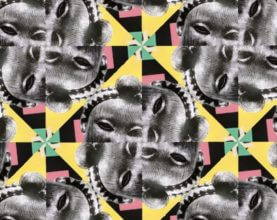 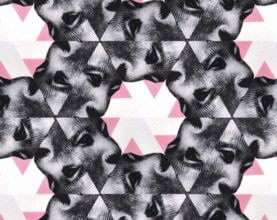 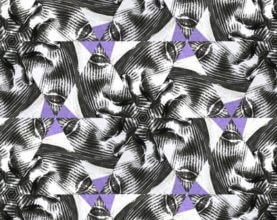 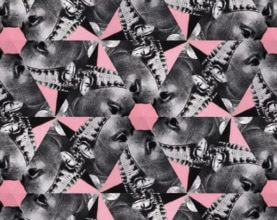 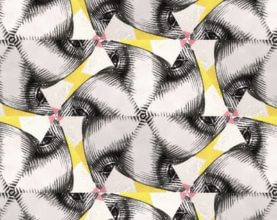 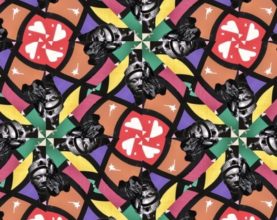 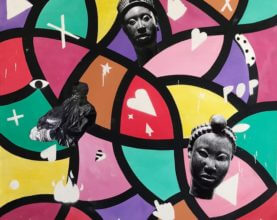 Abraham Ogunlende
CLICK HERE FOR MORE WORKS FROM THIS ARTIST