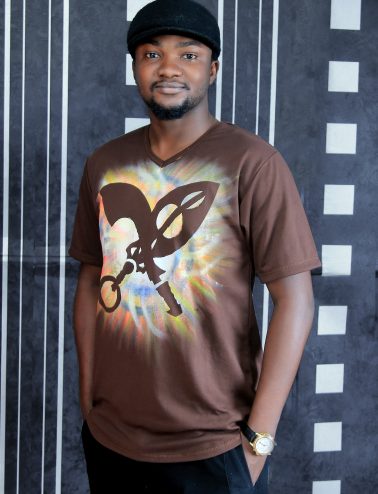 Ikoghode Sumaina Isaac was born in June in Benin City, Edo State. He holds a Bachelor’s Degree in Civil Engineering (B.ENG) from the University of Benin, Benin City.

Ikoghode is a Painter and Illustrator with SMKY Arts; an arts and designs enterprise located in Benin City. Although he had no formal tertiary education in art, he has self-studied with workshops and experimentation over the years to become a semi-abstract artist who paints with the Acrylic medium.

Sumaina was an Equatorial Cartoonist for the Nigerian Observer Newspaper in 2007, during which time he authored and illustrated the first issue of his comic book “THE TRIWARRIOR” and was later published online in 2015.  (http://payhip.com/b/3UZq ).

He paints with emotion which makes his works more expressionist than real. This was to a reasonable extent influenced by Sam Ovraiti at the Harmattan Workshop. Sumaina participated in the Rele/Samsung ‘s “Tech meets Art” nationwide competition and was among the top ten finalists. He lives in Benin City. 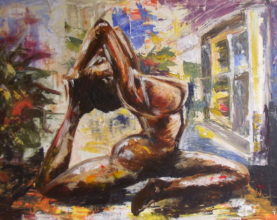 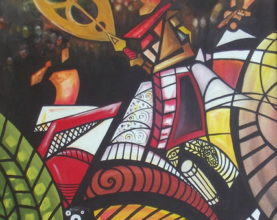 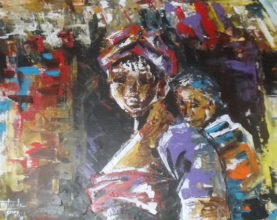 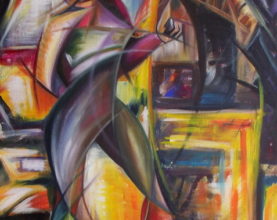 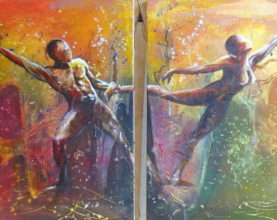