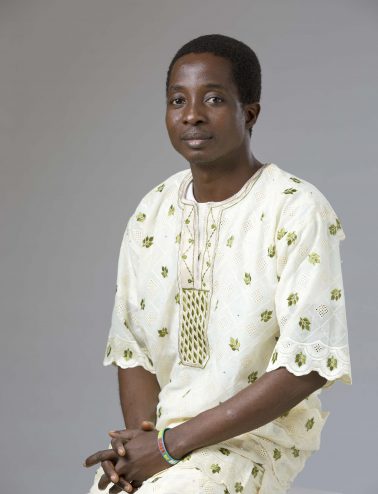 Seye Morakinyo was born on the 20th of January 1979 in Igbo-Ora Oyo state. He attended Adegoke Nursery/Primary School Igbo-ora between 1983-1990. He proceeded to the Methodist Grammar School Igbo-Ora for his secondary school education (1991-1996) and later joined Iko-Gateway Grammar School Idi-Iroko Ogun state between 1996-1997.

Seye was admitted into Auchi Polytechnic in 2001 from whence he obtained the Ordinary National Diploma (OND) and Higher National Diploma (HND) in painting and general art with Distinction, in 2002 and 2005 respectively. He worked briefly with Lagos based galleries like Signature, Terra Kulture and Alexis. Seye’s paintings are in major collections within and outside Nigeria.  Seye has also participated in several group exhibitions in Nigeria.  He has a full time studio practice in Lagos Nigeria where he lives.