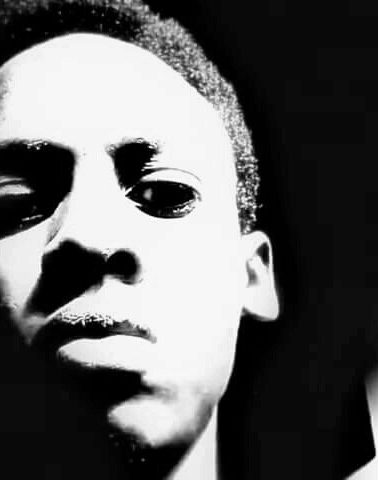 Kenyan self-taught artist Kamau Kariuki has been changing the course of modern art by developing an innovative method of relief sculpting, bending, and twisting acrylic to create an almost three-dimensional painting on canvas. Resonating with the Futurists and Constructivists, as well as the language of early non-objective painting, “the wanderer” (a term coined by most of his audience to describe his work) consists of pixel shapes made of tiny clustered dots and irregular patterns to create form.

Often poetically influenced and gracefully formed and at times, boldly coloured in black and white, that hangs in an uncanny, perfect balance. His complex assemblage gives the audience the opportunity to relate to the artist through physical touch of the paintings and a short description of a poetic line, which allow manipulation of its various characters to unfold before the audience mindset.

Kariuki recently emerged after years of not practising art and venturing into architecture and travel. 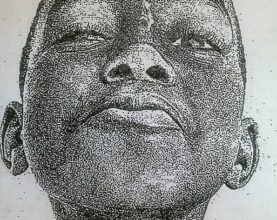 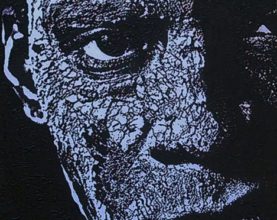 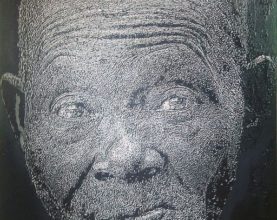 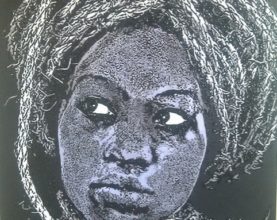 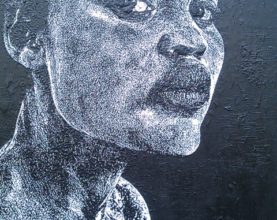 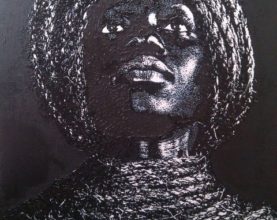 My Flaws are mine 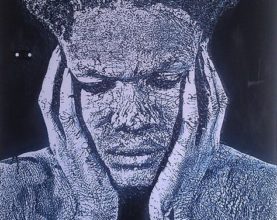 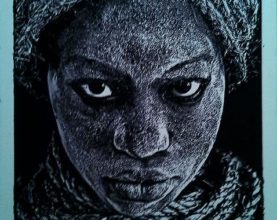 Kamau Kariuki
CLICK HERE FOR MORE WORKS FROM THIS ARTIST