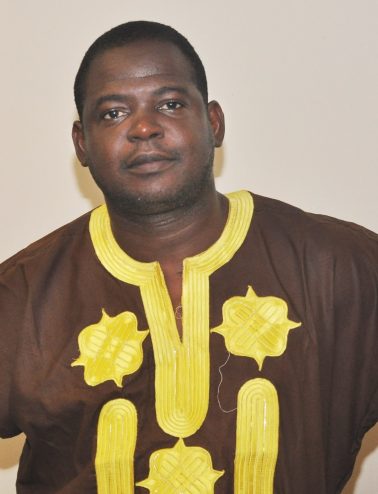 Dolapo Ogunnusi was born on the 26th of January 1975 in Lagos State.  He is originally from Remo, Ogun State. He attended Auchi Polytechnic where he graduated in Art (painting) in 2002. Dolapo was a resident artist at the Gallery of Modern Art National Theater, Lagos. His work is acclaimed and he often documents the customs and traditions of his community. In so doing, emphasises the perception of the world around him. His eclectic talent encompasses a whole range of spheres including photography and his dexterity with several musical instruments. In 2008 he won the prestigious Ford Foundation Grant Award.

A member of the Society of Nigerian Artists (SNA), Dolapo can aptly be described as an emerging artist whose interpretations of his subject matter is captivating. The ambience is usually mellow. His works are exhibited in major public spaces and galleries in Nigeria and overseas.

Lovers in the woods

Dolapo Ogunnusi
CLICK HERE FOR MORE WORKS FROM THIS ARTIST