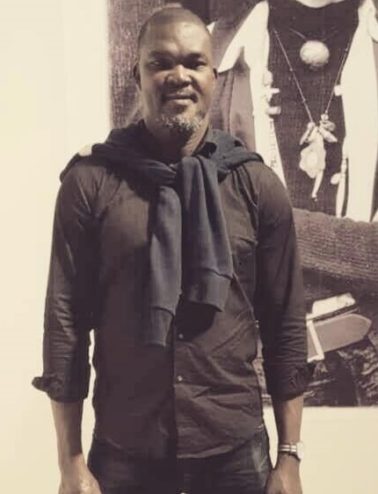 Alimi Adewale was born on 8 May in 1974. During the 1980s the family moved to different locations including Abeokuta, Ibadan and finally Lagos in 1988 due to his father’s business demands. Alimi was educated in Ilorin and has a degree in mechanical engineering. He developed his interest in the arts through constant visits to art galleries and museums. After graduating in engineering he enrolled as an art trainee in Yaba under Kamoru Sarumi, And under his guidance Alimi’s talents blossomed and evolved into the expressive artist that he is today.

His work since the late 2002, has focused primarily on the issues that affect the ordinary people and their daily survival stories especially as relates to city life and the impact of uncontrolled urbanization. In his words – “The people, the lifestyle, the spirit and the energy of Lagos known fondly as Las Gigi to Nigerians in diaspora. It is a vibrant city with unlimited energy and great opportunities for its 16 million inhabitants.” His work is a critique of contemporary belief systems in Nigeria, dissecting the layers of tension and the uncertainties at the heart of people’s personal experiences.

He was inspired to explore the “unacceptable idea” of the Nude especially in African Art through his study of western art where nude subjects have been a form of expression for many centuries. In this regard he was able to tap into his knowledge of art from different cultures in reconciling the idea nudity in African art.

At the Kamoru Studio, Alimi was able to understand the distinction between painting and sculpture and this served him in good stead when he began his sculptural series. The Heads created in 2014 combined the aesthetics of minimalism with stainless steel. He observed that, “Art should be pushed beyond the traditional material.” In a sense it was his way of showing and proving to the art world that he is confident to experiment with other materials other than the mundane.

Alimi did his Youth service in Enugu (2002) and during that period took the opportunity to visit Nsukka and the IMT. There he was able to interact and exchange ideas with like minded students and tutors of the discipline. This interlude enabled him to further his experience and understanding of the practicalities of the discipline. He worked for Quintessence gallery in 2004 and later for Wangonet, Accenture and Vetiva Capital  as  IT Developer and Analyst. He became a full time Artist in 2009.

His exhibition at the Quintessence Gallery in 2011 is widely acknowledged as the seminal moment of his career. The exhibition showcased several pioneering projects including the Carnival series, Living Spaces and Urban Congestion series most of these were snapped up by collectors. The importance of these series did not pass the artist by, he described the series as a means of “pinning down and documenting in regards to the city that is constantly being eroded by excessive infrastructural development.” Alimi notes “The series were like a solution to our problems enabling us to acknowledge our past so as to understand the present and to prepare for the future.”

Alimi’s work on Who is Afraid of Nudes is arguably his most important series yet. The work reflects the tribulations of the African woman, her pain, joy and beauty. He argues that the majority of disadvantaged Nigerians are women. And yet paradoxically they are the nations untapped resource. So who is afraid to challenge conventions in Nigeria? His involvement in [Dis]placement (2012) with Richardson Ovievbo has engendered his interest in curatorial projects. Alimi sees himself as an artist that likes to spread his wings. In fact he believes that he is one of the most diversified artists in Nigeria.

In 2012 Alimi exhibited Anonymous a charity exhibition for the Ebun Oluwa Foundation founded by Chief Mrs. Aino Ternstedt Oni-Okpaku. The foundation is a humanitarian organization and provides assistance to various homes and centers that cater for abandoned children who are physically and mentally challenged.

On his work generally he notes, “My environment is the datum for my work, An artist’s work is the reflection of his life.” His work continues to explore the “big issues” of the day including urban migration, politics, city life, beauty and nature. In 2013, he unveiled the spectacular, Naked Butterflies, an online art exhibition and a first in Africa. And the reviews from the critics were equally good. The show allowed Art Lovers to enjoy and acquire works in the confine of their homes. 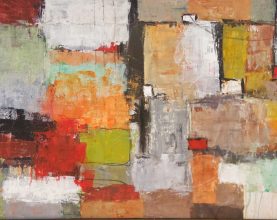 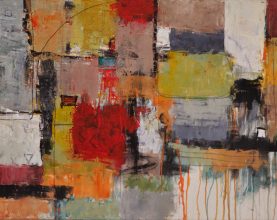